On 05/13/2019 at 0406 hours, Mesa PD received a phone call from an ADOT Employee stating he saw the Silver Alert and notified he believed to have the vehicle located on S. Power Road in Mesa. The vehicle was stopped in a turning lane and Dorothy Roslan was inside the vehicle asleep. Mesa PD was contacted and confirmed this was the Silver Alert. Dorothy Roslan was unharmed. Mesa PD Officers responded and took her home.

Dorothy Roslan-87 was last seen at her residence when her 90-year old husband was transported to Banner Baywood Hospital after falling. She remained at the home. The hospital called her to pick him up at 2000 hours on 05-12-19 at 2100 hours to pick him up. She took the car and has not been seen or heard from since then. She suffers from Dementia and is required to take meds which she does not have with her. She went missing last year and was found parked in a construction site all alone and confused. Hospital Alerts were sent, ATLs broadcast, NCIC Entry made, and Officers have been searching for her for several hours. 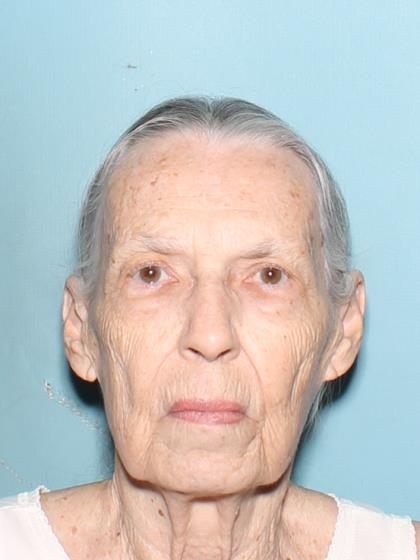